We made an entire feature film for ₹5 lakhs on an iPhone and debuted my film career. I want to help you do the same. The Indian Indie Film is anyone who want to make a feature film with whatever resources you have. It will help you:

The Indian Indie Film is for people looking to do the following: There are so many ways that you can become a filmmaker. I read through the biographies of a lot of filmmakers to understand how I might be able to go about it. But many of the established filmmakers built their carrier at a time that is so different from what we live in. This is the book what I wish I could get my hands on when I was starting on my journey. A Definitive Guide to Your First Feature Film

A chapter is specifically dedicated to mobile filmmaking. It details how to sell your film and recoup your money, not only today but for the next eighty years.

It has everything I learned. If I could go back in time and hand myself one book, this would probably be it. For anyone who is looking to make their debut into feature films I believe this will be one of the most definitive guides that you can get today. It combines everything I learned in the last five years and presents it in a manner that is easily digestible. Anybody can pick up the book and follow the steps to make their own debut feature film.

My hope is that this book becomes a guiding light to you. I hope you get to make your films and do it faster, learning from our mistakes. I hope The Indian Indie Film can saves you money, time and energy. 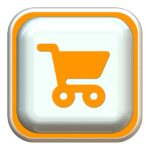 For snippets of The Indian Indie Film, check my blog posts here.

« The Past 5 Years
Feeling Low as a Filmmaker »